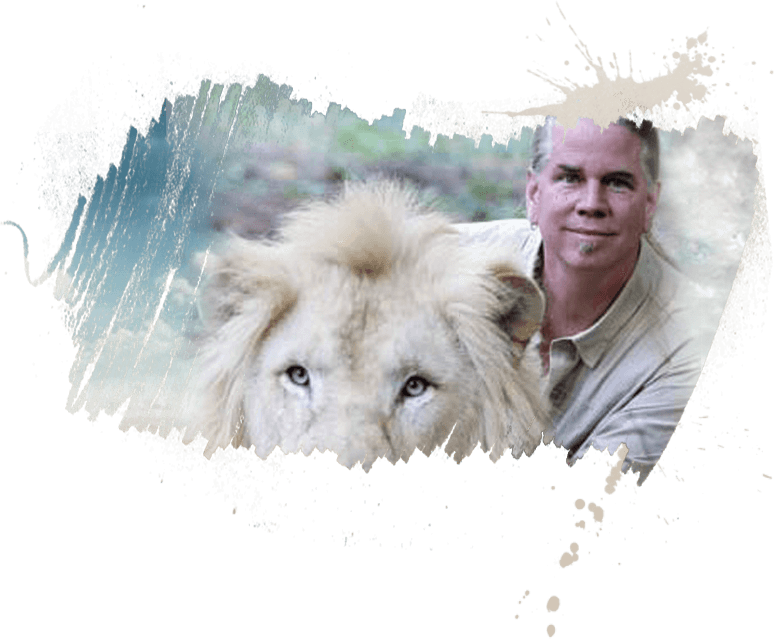 Mahamayavi Bhagavan “Doc” Antle is the founder and director of The Institute for Greatly Endangered and Rare Species (T.I.G.E.R.S.), a world-renowned 50-acre wildlife preserve located in South Myrtle Beach, South Carolina, USA. He is also the founder of the Rare Species Fund (www.RareSpeciesFund.org), a grassroots organization that supports wildlife conservation projects in situ around the globe.

Doc credits his great love for wild and exotic animals to his upbringing on a vast cattle ranch in Arizona where he spent his formative years. From a very young age, Doc began raising and caring for every animal that he could get his hands on. As a young man he also had the opportunity to travel and explore the world and spent a significant amount of time in Asia where he received a doctorate degree in medicine. Today, Doc is widely recognized as one of the foremost animal trainers in the world, having worked with thousands of animals and having traveled the globe promoting the research, education, and conservation of some of our planet’s rarest and most endangered species.

In 1983 Doc founded T.I.G.E.R.S. as a wildlife preservation organization dedicated to promoting global conservation education through entertaining and interactive programs. He pioneered the use of animal ambassador programs to help visitors reconnect with the natural world and to promote special connections with wildlife that could drive a global conservation message and agenda. The animal ambassadors at T.I.G.E.R.S. are living examples of current worldwide environmental issues and are the best possible surrogates to help promote the importance of wildlife conservation and global biodiversity. The T.I.G.E.R.S. Myrtle Beach Safari wildlife preserve and its sister project receive more than three million visitors annually. The preserve has raised and trained more than four hundred big cats since its inception and is considered one of the premier private wildlife facilities in the world.

The Rare Species Fund (RSF) also established in 1983, is a grassroots organization that provides financial support and practical training to wildlife conservation initiatives in situ. While the Fund does not limit its geographic footprint, its support has primarily focused on projects in South America, Africa, and Thailand. The direct-to-end-user approach employed by the RSF places it among the world’s most effective conservation advocates and ensures the greatest value for every dollar spent. RSF also works closely with state, federal, and international bodies to develop and support sound wildlife policies and to secure sustained funding for long-term research, education, and conservation initiatives. RSF projects optimize the prospects for preserving endangered species; for releasing captive animals into suitable, protected habitats; and, for expanding awareness of the ties between humans and the natural world. To date, the RSF has contributed more than $1 million (USD) to wildlife initiatives throughout the globe.

Doc has worked on over 500 films, documentaries, TV shows and advertisements of all kinds. His credits include films like Ace Ventura, Dr. Doolittle, Mighty Joe Young, Disney’s Jungle Book and many, many more. Doc is frequently consulted and appears as a world-renowned on-screen wildlife expert for networks like the National Geographic Channel, BBC, Discovery Channel, and CNN.