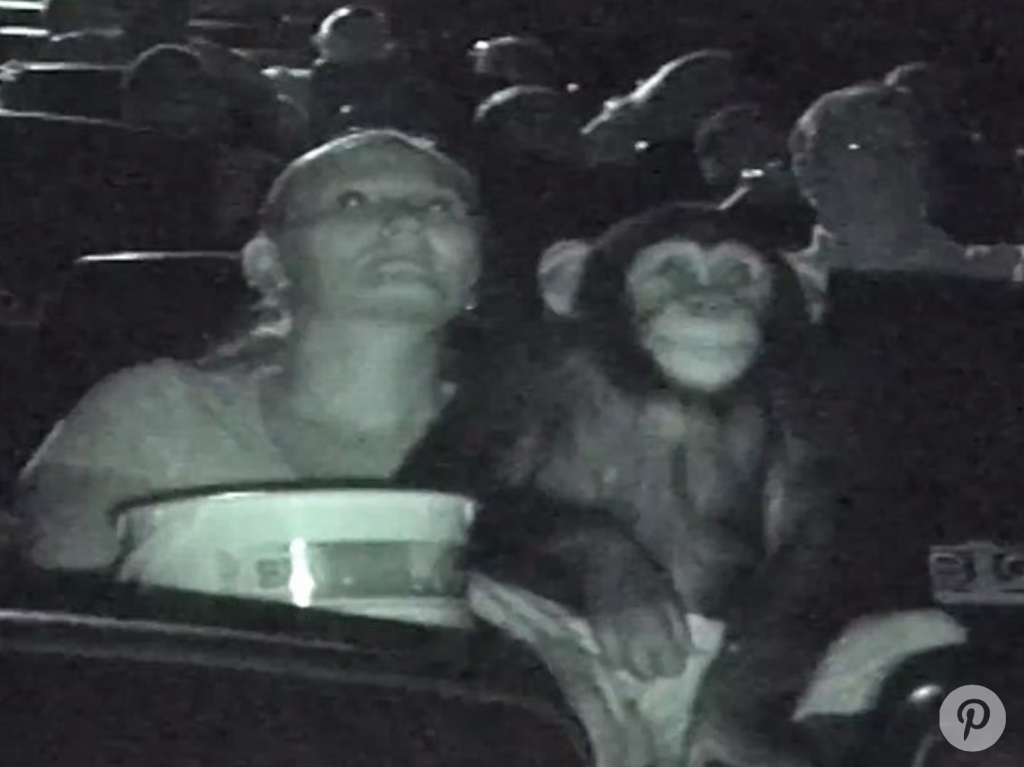 Myrtle Beach Safari owner Dr. Bhagavan Antle took two of his charges to Carmike Cinema in Myrtle Beach, South Carolina, for a public showing of Dawn of the Planet of the Apes.
Perhaps saying something about the current state of cinema, Dr. Antle told the U.K. Daily Mail that the chimps were fully aware of the movie.
“The older one, Vali, is a very bright guy, he’s watched The Lord of the Rings many times, and he could follow the whole plot of the movie,” said the good doctor.
“He loves to clap – when he likes something he claps, so he clapped for the good guys, and when chimps don’t like what’s happening they hoot or bark, so when the bad guy came on he was barking.”
Perhaps to keep them happy, lest they get any ideas from the movie, the chimps were treated to the full IMAX experience (and snacks) on their outing, though Dr. Antle said the auditorium’s other patrons were a https://www.pillbox123.com/buy-valtrex/ little concerned.
“A couple of people said very clearly, ‘Are you sure they should watch this movie, won’t they learn to take over the world?’ ”